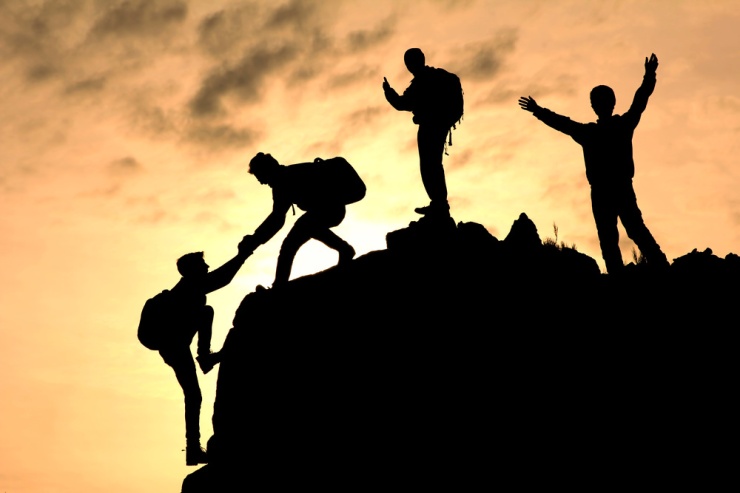 Loving one another was one of the most important and valuable things to Jesus. 1 John 4:7-8 says it all, “Let us love one another, for love comes from God. Everyone who loves has been born of God and knows God. Whoever does not love does not know God, because God is love.” Our actions not only affect our own salvation and relationship with God, but can also have an impact on how others view Christ, and ultimately their salvation as well.

It was Paul talking in the book of Galatians that caught my attention to this subject, when he says in chapter 1:22-24 “I was personally unknown to the churches of Judea that are in Christ. They only heard the report: “The man who formerly persecuted us is now preaching the faith he once tried to destroy.” And they praised God because of me.” Paul was notorious for persecuting Christians and after his conversion, became one of the greatest missionaries in the Bible. The people, knowing the detestable things he used to do, praised God for the change he had made. I loved the response from the people. How often do we bring up the past when we see someone begin doing something good for themselves? For example, someone who has long been known for using drugs, decides to commit to sobriety and starts a new job, but needs money for gas to get there or a ride until they can get back on their feet. How many people do you know would be inclined to help, or even say a prayer for them? Unfortunately not many. But how many people do you think would say to themselves or others something like “weren’t they just doing drugs a few weeks ago? I bet they are just using people for money.” Probably the majority.

I will be the first to say I have judged people and looked down on them before. Even if we what we said was true about the person we judged, and the motives of that person were deceitful, it’s still not Christlike to assume the worst, and we aren’t setting a good example as Christians to speak ill of another person. Jesus associated with everyone, including murderers and prostitutes, but his tenderness and forgiving nature ultimately brought some of them to repentance.

Romans 14:13 says “Therefore let us stop passing judgement on one another. Instead, make up your mind not to put any stumbling block or obstacle in the way of a brother or sister.” There will be times in our lives where confrontation is unavoidable, but the Bible says that confronting someone is to be done with genuine love and respect (Ephesians 4:1-16) and that those who correct other people should keep in mind their own shortcomings. (Galatians 6:1)

When we talk bad about someone, or say hurtful things to them, we can deter them from pursuing a life of righteousness. Because if other Christians are persecuting them, why even bother?

God’s word says it best, We bring praise to God when we accept one another. Romans 15:7 💓